Home Criminal Law What Is The Difference Between Canadian And American Police? 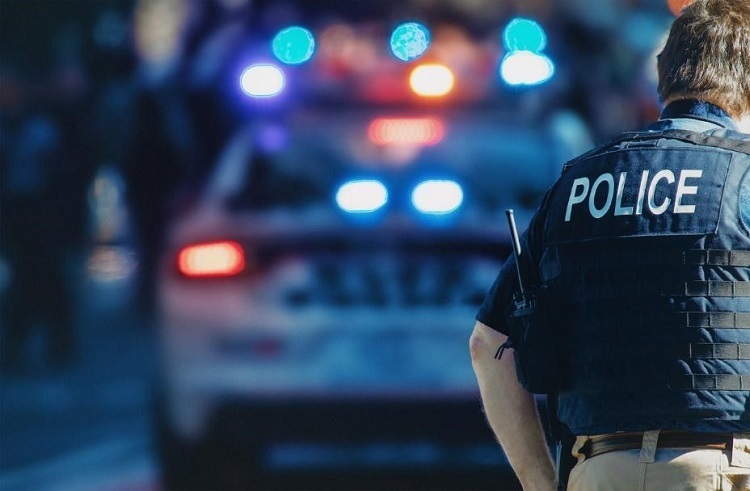 American and Canadian policing and laws are similar, especially in smaller communities. The primary difference is the structure of law enforcement and justice. Both countries have local police departments, state police forces and national specialized services. In both countries, “policing” refers to the methods used to enforce laws, and “law” refers explicitly to legislation or rules enforced by police.

Policing and law enforcement is a career that continues to grow and develop. Because of similarities between the US and Canada, some students cross borders for education. For example, international students can enroll in the Laurier online BA in Criminology and Policing. If you are passionate about criminology, forensics and the law, this BA degree might be the perfect fit for you. This degree will prepare you for a career in criminology and justice with focused techniques and real-world experience.

But whatever your career path, it’s a good idea to know a bit about the similarities and differences between police and law in the two countries. This blog post will explore both US and Canadian policing and laws to understand how each system works.

What’s the difference between Canadian and American policing?

There are a few differences between Canadian and American policing. Overall, the services, responsibilities and laws are very similar. However, the primary difference is that Canadian law enforcement agencies are federal. Conversely, American law enforcement functions through state or local departments. As a result, some Canadian police services are only responsible for federal law. But, in the US, some police are responsible for enforcing both state and local laws. An essential rule to understanding the difference is that Canadian policing is primarily provincial-level (equivalent to state-level in the US) law enforcement.

When we look at the particular types of law enforcement agencies in each country, we can see the difference between Canadian and American policing more clearly. In the US, depending on departments, American police departments enforce local state laws. They also navigate jurisdictional issues between federal, state and local laws. Canadian police departments enforce provincial laws, while the federal government has jurisdiction over specific types of criminal offenses.

American police departments typically enforce the law at the local and state levels. Police departments operate at the county level in smaller communities. In larger cities, the police work at the city level. Each state also has a police force that provides law enforcement services at the state level. Various specialized federal agencies conduct national, cross-state criminal investigations. State police may get involved in federal criminal matters depending on the situation. However, in Canada, federal laws are solely enforced by federal police agencies.

For instance, the Federal Bureau of Investigation (FBI) is the law enforcement agency responsible for investigating federal crimes, such as bank robberies and kidnappings. The Bureau of Alcohol, Tobacco, Firearms, and Explosives (ATF) investigates crimes related to firearms, explosives and alcohol. There are many other federal law enforcement agencies responsible for a specific area. For example, the Drug Enforcement Administration (DEA) investigates drug crimes. The Customs and Border Protection (CBP) protects the nation’s borders, while the Department of Justice (DOJ) prosecutes federal crimes.

Canada has multiple police departments at the provincial, state and federal levels. At the provincial level, each province has its own police force. The Royal Canadian Mounted Police (RCMP), also known as Mounties, operate nationally. As Canada’s federal police force, the RCMP is responsible for enforcing country-wide laws. Alternately, the Canadian Border Services Agency (CBSA) protects the nation’s borders. The primary difference between American and Canadian police departments is their level of authority. American police departments enforce state and local laws, while Canadian provincial police are responsible for enforcing regional laws.

How are Canadian and American law structured?

American and Canadian laws share many similarities, especially in smaller communities. Both countries have local police departments, state or regional police forces and national specialized services. The primary difference is the structure of law enforcement and laws. Policing generally refers to the methods used to enforce laws, while law specifically refers to legislation or rules enforced by police. Varying types of agencies have different responsibilities when enforcing the law.

The countries may vary in the type of legislation they use. For instance, in the US, national laws begin with a bill or proposal submitted in Congress. If Congress passes the bill, it then goes to the President for a signature. If the President approves the bill, it becomes law, then gets published in the Federal Register. By contrast, in Canada, laws are enacted by the Parliament of Canada or a provincial legislature. These laws, once enacted, are called statutes.

How do criminal laws differ between the US and Canada?

As you might imagine, differences exist between the US and Canada when it comes to criminal laws and punishments. For example, there’s a tendency to sentence offenders to prison time for crimes such as drug possession or even first-time offenses in the US. Unfortunately, many people have gone to prison for first-time offenses.

However, in most provinces in Canada, the courts will not impose prison time unless it’s necessary to protect the public from further criminal activity. In addition, Canadian laws have been amended so that many minor crimes don’t even qualify as criminal offenses. Regarding minor crimes, there is a significant difference between the two nations.

In Canada, offenders are sentenced to community service hours or other less punitive measures for minor crimes. These are designed to correct undesirable behavior without locking people away from society.

Both countries have similar punishments for those who commit serious felony crimes, such as rape and assault cases. Canada and the US also have similar views when it comes to murder and robbery.

Generally speaking, the US and Canada have many differences in criminal law. For example, Canadian law does not allow for the imposition of the death penalty. This is because Canada is a signatory to the International Covenant on Civil and Political Rights. One of the elements of the document is a ban on capital punishment in all circumstances. However, the US is not a party to this covenant. As a result, it has the legal right to dole out capital punishment in certain extreme cases, such as homicide or other acts of violence against society.

Canada also has much more relaxed rules when it comes to the admissibility of evidence. Canadian judges have the right to exclude evidence if they feel law enforcement obtained it illegally or otherwise in violation of an individual’s civil rights. In the US, however, judges have much less discretion and leeway when excluding evidence. In fact, in the US, there’s always tension about the right to search and seize evidence without a warrant. For example, law enforcement can do so with probable cause if they believe that a crime occurred.

As the world continues to get smaller due to travel and technology, law enforcement officers in both countries increasingly work together. That could mean collaborating to track down criminals who may have crossed the border to escape arrest. For example, let’s say a police officer in the US has probable cause to believe that an individual committed a crime in their jurisdiction (such as a drug trafficking offense). The law enforcement unit can ask Canadian police officers for assistance in arresting that individual.

If the Canadian law enforcement officers agree, they’ll most likely notify Canadian federal agents, who can then arrest the suspect and bring them back to their country for prosecution. Similarly, Canadian law enforcement officers may ask their US counterparts for help arresting someone who allegedly committed a crime in their country. It’s also not unheard of for officers from one of the two countries to either travel across the border to make an arrest or ask the other authorities to come to the other country to arrest a suspect.

Why law enforcement should know the laws of other countries

It’s a good idea for officers to know the general criminal law differences between the two countries. Again, the reality is that there are people who cross national borders after committing a crime, and it’s well within the realm of possibility for an officer to come across an individual charged with an offense in another country.

In addition, many Americans and Canadians hold dual citizenship. Any crimes committed by people who are dual nationals living in one of the two countries add to the complexity of their case. Therefore, when law enforcement officers encounter such individuals, they should know the general differences in criminal law between the two countries. Doing so allows the officers to make an accurate determination of what steps they should follow upon arrest.

Knowing the laws of both nations can help officers determine whether or not a suspect should be arrested for committing a crime. For example, if someone is found in possession of a certain quantity of drugs, the law enforcement agency needs to know what laws apply – particularly if someone is a national of another country.

Similarities and differences between the two countries

Criminal laws are complicated but, as you can imagine, extremely essential. That’s why it’s so important for law enforcement officers to know the laws of both countries. For one, it helps them make accurate decisions about whether to arrest a person for committing a crime. Also, it helps them understand what sentence the suspect may receive if convicted. On occasion, this helps when interrogating suspects. Having a general understanding of the two country’s laws helps people who want to advance into leadership roles. In short, it enables you to stand out as a candidate.

As discussed, the two countries have many similarities in policing and law. Canada and the US have local police departments, state police forces and national specialized services such as the FBI. However, the primary difference is how law enforcement and laws are structured. While American policing has federal-level law enforcement, much happens at the state and local levels. On the other hand, Canadian policing is provincially based – meaning it is regional.

There are a few differences between American and Canadian policing, but in essence, policing in both countries means being responsible for protecting their communities and solving crimes.

Fighting Criminal Charges? Understand How an Attorney Can Help!

What Steps to Take in the Event That One of the Parents Does Not...