Home Family Law and Divorce Who Can Override a Power of Attorney?
Facebook 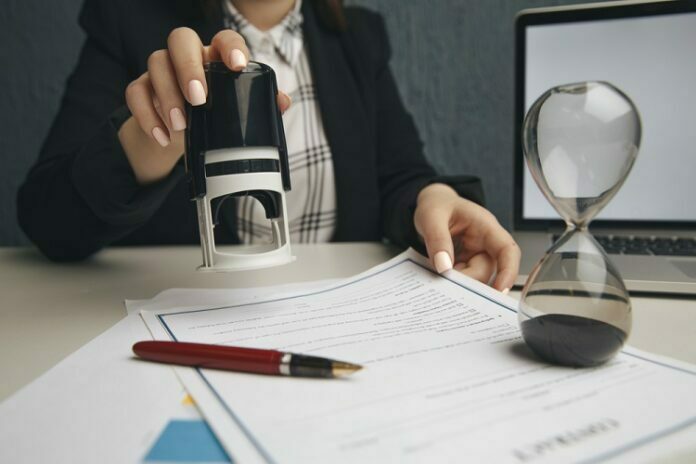 A power of attorney is an authorization for someone else to act on your behalf, usually in financial matters. A person who has been given this authorization is known as an “attorney-in-fact.” For example, if you are incapacitated and unable to manage your own finances, then another person who has been granted full powers by you may be authorized by the court to take over these duties for you. This individual is referred to as your “agent under a general durable power of attorney.”

Who Can Override a Power of Attorney?

There are a few people who can override a power of attorney if they feel that the agent is abusing their responsibilities. The principal themselves, the courts, and in some cases, the state attorney general can all step in to impose their will on what is happening with the power of attorney.

While it’s possible for others to stop an agent from abusing their responsibilities, it’s important to note that this is not always easy. In some cases, the courts may be hesitant to get involved or the state attorney general may not be aware of what’s happening. This means that it’s often up to the principal themselves to make sure that they are staying on top of things and that their agent is behaving appropriately.

Power of Attorney Rights and Limitations

There are three types:

There is also a Durable Power of Attorney for health care, but this article focuses on who can override a power of attorney in the event of disagreement.

What is a power of attorney?

A power of attorney, or POA, is a legal document that gives someone the authority to act on behalf of another person. This can be helpful if the other person is unable to make decisions for themselves due to illness or injury. There are different types of POAs, each with its own specific set of rules.

The most common type of POA is the general power of attorney. This document gives the agent broad authority to make decisions on behalf of the principal. The agent can make decisions about financial matters, health care, and even residential or legal matters.

Another common type of POA is the durable power of attorney. This document remains in effect even if the principal becomes incapacitated. The agent has the authority to make decisions about who will manage the principal’s financial and legal affairs, as well as who will make medical decisions.

– if a court finds that the person who created the power of attorney was not mentally competent when they signed it.

– if a court determines that someone who is trying to claim that they have authority through a power of attorney does not have your best interests in mind.

In these cases, a court will appoint a guardian to act on your behalf.

What happens when there is a disagreement about who can make decisions for the attorney?

In this situation, who has the power to make decisions, who has the power to override a power of attorney? Communication can be difficult in these cases and who has who’s best interest in mind. In order to address this occurrence, you should try your best to work through any disagreements that occur before making any major decisions. Another solution would be that you could employ a mediator who would help to facilitate communication and understand what is going on between both parties.

If you are unable to come to a resolution, then the person who has been given authority through the POA would be the one who makes decisions. This is assuming that there is no court order stating who should make decisions for the attorney. If there is a court order, then that will supersede any power of attorney in place.

How to Override a Power of Attorney?

There are three scenarios where a Power of Attorney can be overruled:

1) The person who signed the document, usually referred to as the agent, refuses a request from a third party who has been granted power over their affairs.

2) The agent who has been given power of attorney becomes incapacitated and cannot make decisions on his or her own.

3) A conflict between the agent who holds the power of attorney and someone who is attempting to get appointed as a guardian for an incapacitated individual who signed the document.

There are several different ways that a Power of Attorney can be revoked or terminated. The most common way is through the death of the principal. Other methods include:

– by the principal revoking it in writing

If you believe that your Power of Attorney has been overruled by someone who does not have your best interest at heart, then you should seek legal assistance to replace the power of attorney with one who is authorized to act on your behalf.

The best practice for making sure that the Power of Attorney document will remain valid if you become incapacitated or die is to have it notarized so there is no question who has authority to act on your behalf. This should also include having a separate Medical Power of Attorney in place. Having these documents in place will help ensure that your wishes are carried out and that you have someone who is authorized to make decisions on your behalf.

If you are considering a power of attorney, make sure to ask these questions. Who can override the power of attorney in the event of disagreement? How often should I update my Power of Attorney document? What happens if I forget about this and don’t update it for years at a time? The answers to these questions will help determine whether or not you need one now, what type is best for your situation, and how long until an updated version may be needed. Let us know if we can answer any other questions on the matter so that we can ensure you have all the information necessary before taking action!

The Legal Process Of Divorcing An Abusive Or Narcissistic Spouse

How Can A Divorce Lawyer In Florida Help With Divorce Settlements?